How does a cone differential work?

How does the Detroit locker (ratchet differential) work?

The ratchet differential works in a much different way to the previous types described. Power is transferred to the wheels by engaging or disengaging sets of meshing teeth. This is sometimes referred to as a dog clutch. Additionally, drive power to the wheels is not related to traction/rotational resistance. It is instead related to the relative wheel speed among the wheels. When driving straight, the teeth on both sides of the differential are engaged, thus providing drive to both wheels at the same rate as the differential case is rotating.

These types of differential tend to be durable but can be noisy and hence are more often used in racing and off-road vehicles. Talk to us at Houston Rebuilt Axles for advice on which differential best fits your purposes. We can provide you with the most cost-effective options. 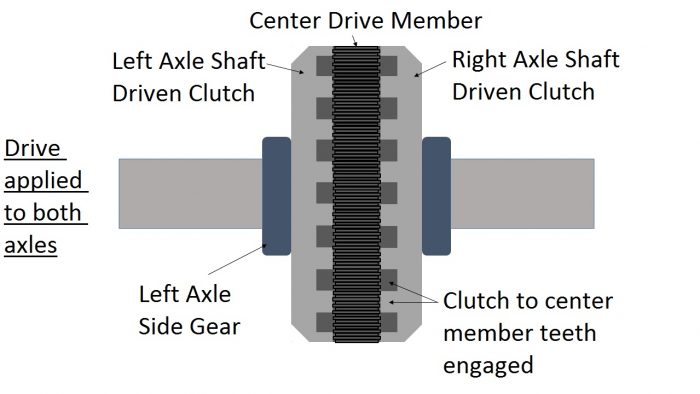 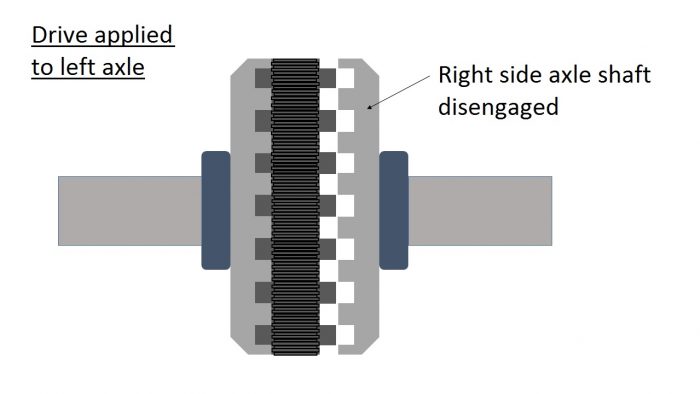 The Torsen® (Torque-Sensing) traction differential is a limited-slip differential made by the Gleason Corporation. They have been applied to a large variety of automobile manufacturers spanning France, Germany, Italy, Japan and north America in addition to aftermarket applications. This broad use may be due to the fact that Torsen differentials come in multiple types and can be applied to the front, center or rear differential. It is difficult to explain their operation even with visual aids and understanding the multiple types is beyond the scope of this article. As we have been talking about only rear differentials, we will stick with the original Torsen design designated ‘Type-A’. 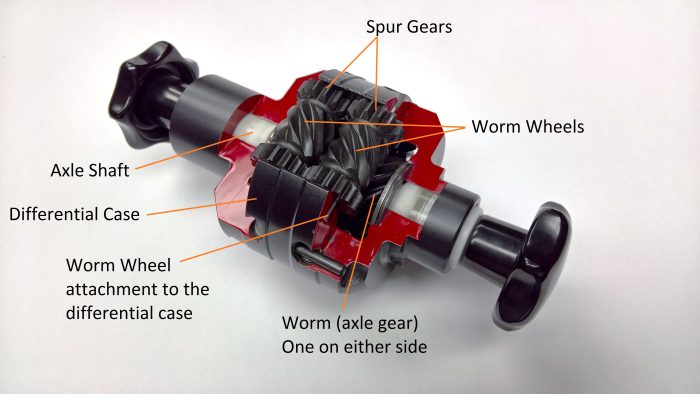 How does the Torsen Differential works?

It is a complicated mechanism to explain and is easier to understand when seen in motion. Here is a youtube link to see the motion of the gearing. First it shows how the gearing rotates when locked followed by a bias between the two axles evident when the worm wheels begin to rotate on their own axis: